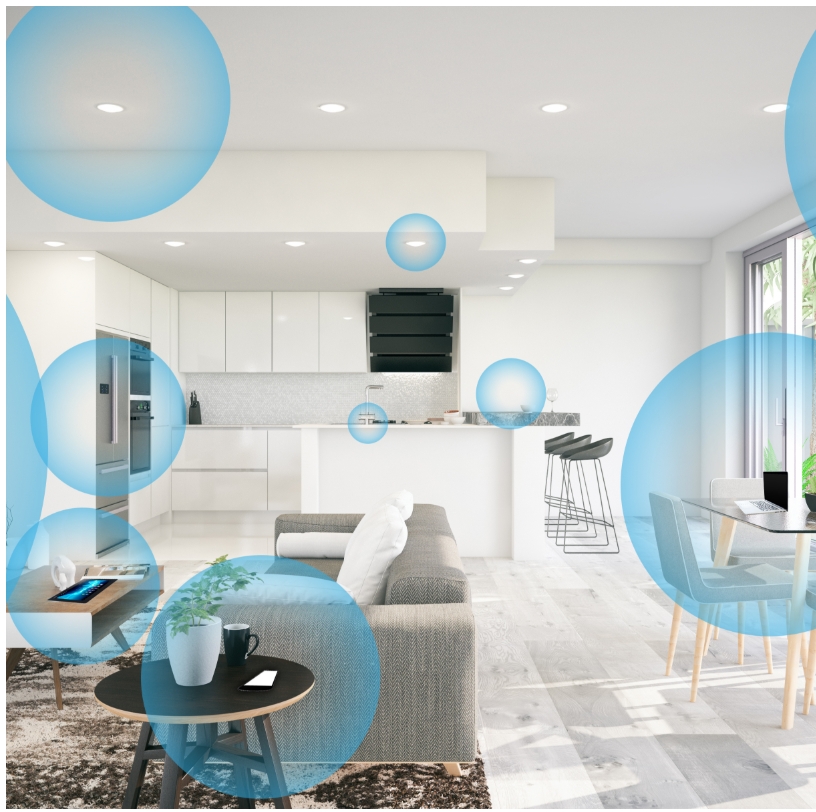 8 WiFi streams (four in the 2.4GHz band and four in the 5GHz band) offer four times the device capacity as compared to typical 2x2 AC WiFi. More WiFi streams per band greatly increases the amount of data the router sends to and receives from devices because more bandwidth is available and there is less congestion for all the devices on the network. With reliable connections to all connected devices, now more devices than ever before can simultaneously be on your network. 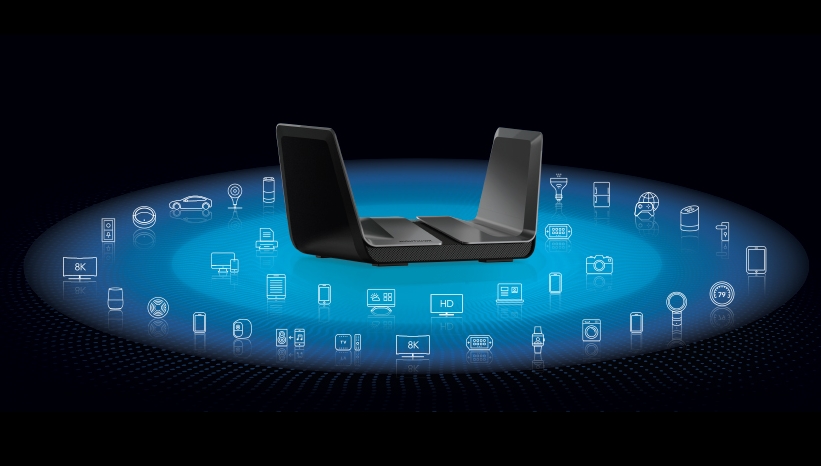 Ideal for gigabit WiFi, Nighthawk AX8 is one of the first routers to support WAN port aggregation, which allows for combining two gigabit Ethernet ports and deliver more than one gigabit of Internet speed to your home. Pair with compatible NETGEAR cable modemssupporting Multi-Gig internet speeds. Support for 160MHz enabled mobile devices and laptops (Intel® Gigabit Wi-Fi enabled devices) allows the AX8 to stream at gigabit speeds to these devices. Stream your favorite TV shows and movies in high definition, to more devices.

Orthogonal Frequency-Division Multiple Access (OFDMA) enables efficient data scheduling so that more transmissions can be sent at the same time, resulting in an impressive capacity increase in your network. This increased or available bandwidth allows you to add more devices to your network. Nighthawk AX8 supports uplink and downlink OFDMA to efficiently use air-time with better frequency reuse, reduced latency, and increased network efficiency. This is extremely useful for latency sensitive applications such as virtual reality (VR), augmented reality (AR) and Internet of things (IoT) sensors.

Powerful Performance at the Core 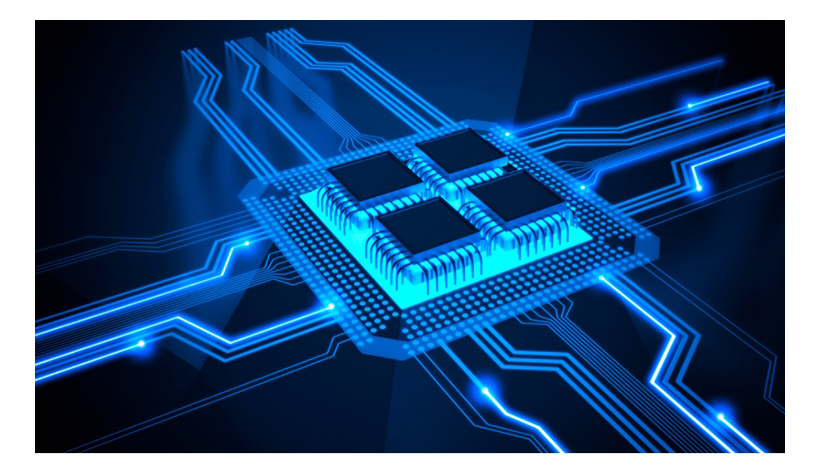 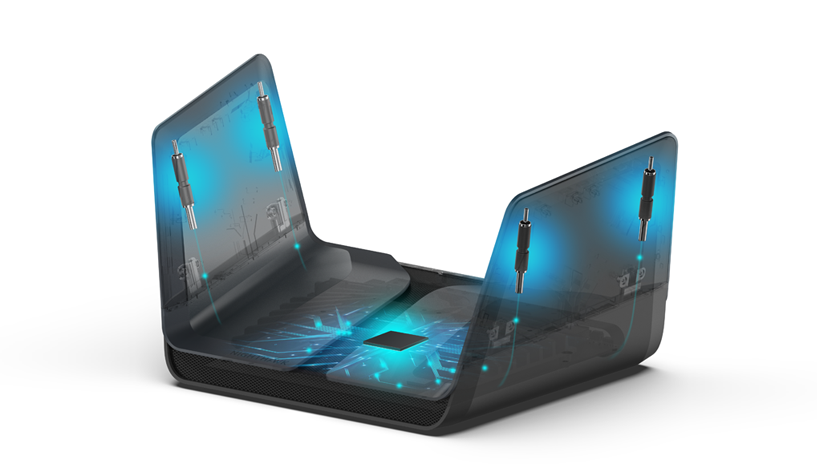 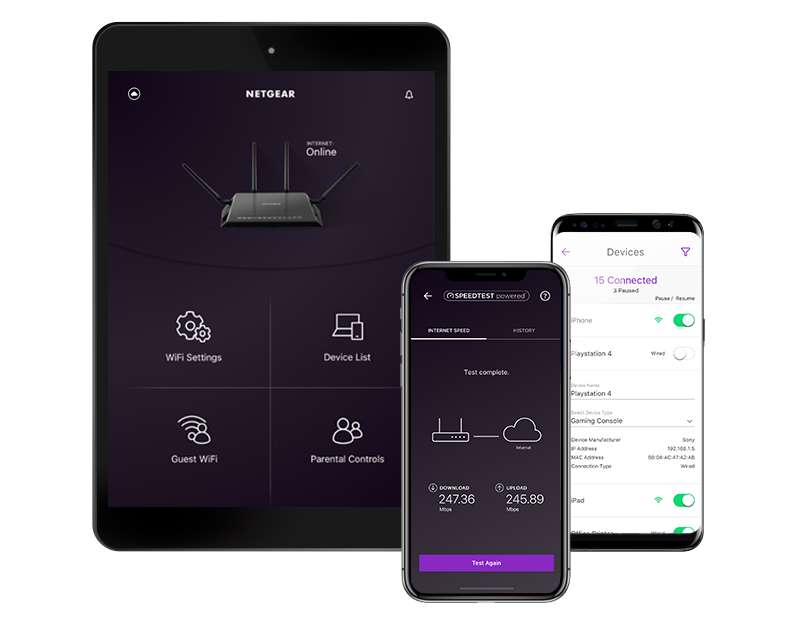 The NETGEAR Nighthawk® App (formerly Up app) makes it easy to set up your router and get more out of your WiFi. With the app, you can install your router in few steps - just connect your mobile device to the router network and the app will walk you through the rest. Once set up, you can use the intuitive dashboard to pause Internet on your connected devices, run a quick Internet speed test and much more.